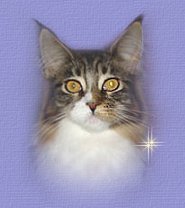 SCAM ALERT:   We have been getting many reports of people being scammed, or attempted scams.  There is no such thing as next day doorstep delivery. Also, never send money by Western Union or gift Cards. Reputable breeders will take PayPal or your personal check for payment of deposits and final payments.  Rule of thumb… “If it sounds too good to be true, it probably is a scam”.  Contact us for our guide on some thing that should cause a Red Flag. 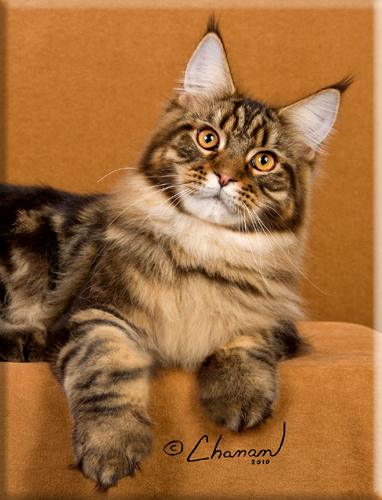 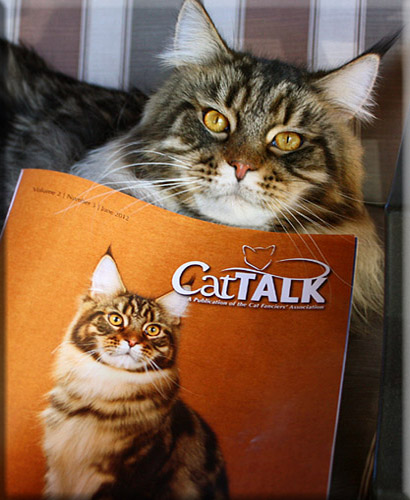 We are so proud that Danny earned his CFA’s most prestegious National Win! He was also a 5 ring One Show Grand. The bonus that made this very special honor for him was that his grand earned his daddy, GC NW McKittycreek T’Ruxpin of Shubacoons his DM title!! He is now living the life of a spoiled boy here at Stormytown siring kittens. He won a voting contest and was selected as the “cover cat” for CFA’s Cat Talk Magazine. The first picture was taken when he was 7 months old, and the one of him admiring his “cover” was taken when he was about 2 years old. He doesn’t seem that excited! LOL.

Click on the Video below to see Danny showing as a kitten.

Stormytown Maine Coons has been Designated as a
CFA Cattery of Distinction – Superior.
This honor is awarded to less than 1% of the catteries registered with CFA. We are proud to have earned this distinction

I am away from my phone quite a bit for the foreseeable future. Please email me before calling or texting as I am able to respond quicker!  Thanks… Steve